So for the last few years I have been a bit of an insomniac averaging about 4 hours of sleep a night. I was a bit amazed that I slept the first few days away (approximately a 3- 4 hours afternoon nap and 6-8 hours at night, this was with use of minimal pain meds).

I took one of the prescription pain meds wednesday night but after that switched to motrin. I made sure I did the breathing exercise and took a walk everyday (Thursday it was walking around the Sam's Club and Kroger, Friday I did around a mile in my neighborhood, Saturday was yard sales and errands with the hubby and Sunday (Mother's day) my daughter and I went for mani pedi's and strolled around the West Cobb Avenues). I will admit that not being able to do anything around the house makes me a bit bored. I have slept, played various computer games, and read Proust.

Imagine my surprise at seeing the Wienermobile at my local grocery store.  Gosh what happens when I am working during the day. 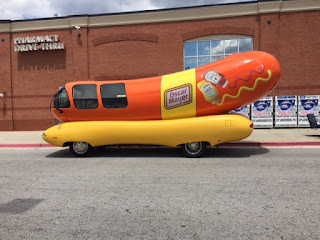 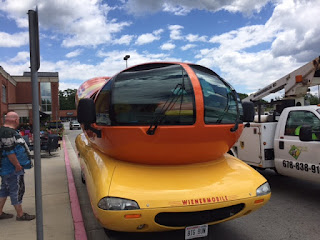 Almost a year after the garbage truck ran into the house down the street from us it was bulldozed in the middle of the night. We thought it was going to sit empty forever, now we get to wait and see how long till they clean up the debris. 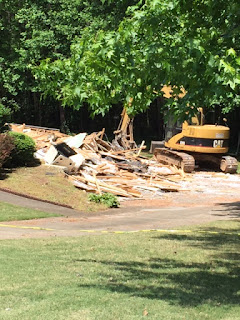